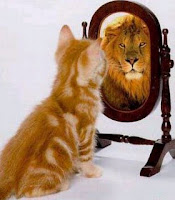 I attribute my success to this - I never gave or took any excuse.

This is a short rant… by Sam Krieg

This past weekend was my 4th weekend of racing so far this season. Race after race I constantly overhear the same bull shit excuses from riders. No one wants to take any accountability for sucking. They lay their groundwork before they even turn their pedals 360 degrees. In the past I was annoyed … now it just pisses me off. All winter we knew bike racing season was coming. Most of these racers are riding $5000 bikes and worry more about bike weight and how cool they look than how hard they should train. If they spent just 10% of that energy and money on moving forward as an athlete they might just find some personal success instead of catastrophic failure. Most of us are completely lost and don't search out the people that have the answers. We will spend thousands on bikes that make us only seconds faster when a good training plan, coach, or just some good old fashion hard work is the answer. Most racers can rationalize why they suck and don't mind swimming in the vomit pool around them. They have become so use to their own excuses and others excuses around them that you never hear anyone speak positively before a race.

Before the time trial this past weekend one of my old team-mates dads asked me how I felt. I said "I am ready to bleed to win this thing" I meant it. I respected the crap out of the other 60 cat 1-2's that were there and my ego wasn't about to give an inch. I knew I had a fight on my hands and I wasn't certain about the outcome at all. I was scared as crap, but I was 100% all in. I was prepared to suffer mentally and physically the entire effort.… I was going to earn a good or a bad result…. The entire time trial I pictured myself as a rat in a rat trap trying to eat the damn cheese that was just out of reach of my broken neck. I kept trying to nibble and lick the piece of cheese. I was going to win or lose this damn TT with the best possible effort I could manage. I even shoved my time trial bike at the finish line to get an extra .01 seconds. I had gone as fast as I could. That is all you can ever do.

After the Time Trial ………I had a rider ask me what my power was. I told him I averaged 305 watts… he was shocked… he said he had ridden close to 400 watts for sure!.............. I had finished over 1 minute in front of him. After a few sentences he implied that he was stronger than I am and just happened to weigh 40 more pounds. According to him I guess I didn't win the TT or have the fastest fucking time of the entire day. So I guess finishing ½ a mile behind me makes him the next Fabian Cancellara? I should have told him to go look at the damn results again. They post them in black and white and from first to last. This is the way it is, and always will be. I almost suggested that he should calibrate his damn power meter or go on a diet. He was insulting me and didn't even know it. 3 days later and I am still a bit tweaked when I think about it. He has the same disorder that almost every racer has. Why can't athletes realize that every race is an opportunity to gain knowledge and increase your skill. Instead of pointing out he was obviously much stronger than I was…………. He should have been critical of his effort, his training, equipment choice, anything instead of telling me how fast he was for a big guy with an over eating disorder. Don't hate on me for being skinny… Hate yourself for being what you are not. Bad results are an opportunity to trim the fat and get lean and mean.

A real failure does not need an excuse. It is an end in itself.


Last season at the GILA… I was with a good friend and I woke up in the morning dreading the coming stage. He quickly pointed out that I should be stoked…. "You get to race your bike today." We train so we can race. Then on race day we forget that racing is why we ride. Racing is the gift. Racing is what you should be stoked about..……. not a new set of carbon wheels… or a cool new cycling kit…. We ride so we can race. We train so we can crush people…… then in the race when we get crushed… we should figure out how to train better, harder, smarter. etc……. instead we make up all sorts of crap…..ignore the gift of racing and never improve upon our past performances because we are blind to what is holding us back.

It isn't flat tires and heavy bikes that slow us down…. It is our FLAT SQUARE MIND….. Leaking air and spewing crap all over the place. When you show up for a race and people ask you how you are doing… Tell them you are ready to rumble… ready to hurt… and hopefully you can end up on top today. Don't tell them about how hard your work week was, that you have been sick, that this isn't an "A" race… that you haven't started your V02 block of training yet…. Blah…. Blah….. Blah…. If you are going to spew excuses then I suggest you take up a different sport. My good friend Jason has more legitimate excuses not to train than anyone I know. But he rarely ever uses any of them. At 4 a.m. almost every day that dude is on the trainer or out on the roads 350 days a year crushing it. It doesn't matter if he is sick, didn't sleep, or if the damn sky is falling. He has missed very few days of training in 7 years. His hard work is what motivates me. I can't quite live up to his standards but I try. He was the first rider I knew that had a CTL of 100, 110, 120. It didn't kill him and made him stronger… I gave it a try and I can't put into words what it did for my riding.

For the most part bike racing sucks, hurts a ton, and training sucks even worse. If you are lucky you will have a handful of great races over several years. So for every 1000 times you ride your bike you might just have 2 or 3 incredible days. Most riders never actually win a race. So you have to endure the bad… I went 100 races without a win…..but during that time I learned a ton. I learned how to lose…I learned how to train… I learned how to want to win…. I thought I wanted to win… but winning is almost impossible. Go look through anyone's race results and see how rarely even the best local riders win. It takes time and tons of attempts to make a race go your way. I had to learn how to "shut up" and pay attention to the details. I had to learn to stop throwing out excuses and start looking for answers. I have found that if you can't compliment yourself… compliment someone else. Seek out the racers who win….. pay attention to them…. Do what they do…. and give credit where it is due… when you fail go back to the drawing board and come up with a plan on how to improve, and try not to make the same mistakes again. It takes an honest rider to realize that every time you race you probably gave it your best shot and your best just wasn't good enough. Don't use this as an excuse but as an opportunity to learn and make changes. You can't improve if you are not critical. If you think you are doing everything right you need to probably look in the mirror a bit closer. Bike racing is definitely a journey with a very abstract destination.

"I find my greatest pleasure, and so my reward, in the work that precedes what the world calls success."

I respect my limitations, but I don't use them as an excuse.